Most of us know on some level that plastic isn’t great for the environment, but do we know just how deep that damage goes? The reality is that plastic pollution is so entrenched in our environment that it’s turning up in even the farthest-reaching corners of our planet. Here are some of the finer details on why plastic is a problem, and how to cut back on plastic in your own life. 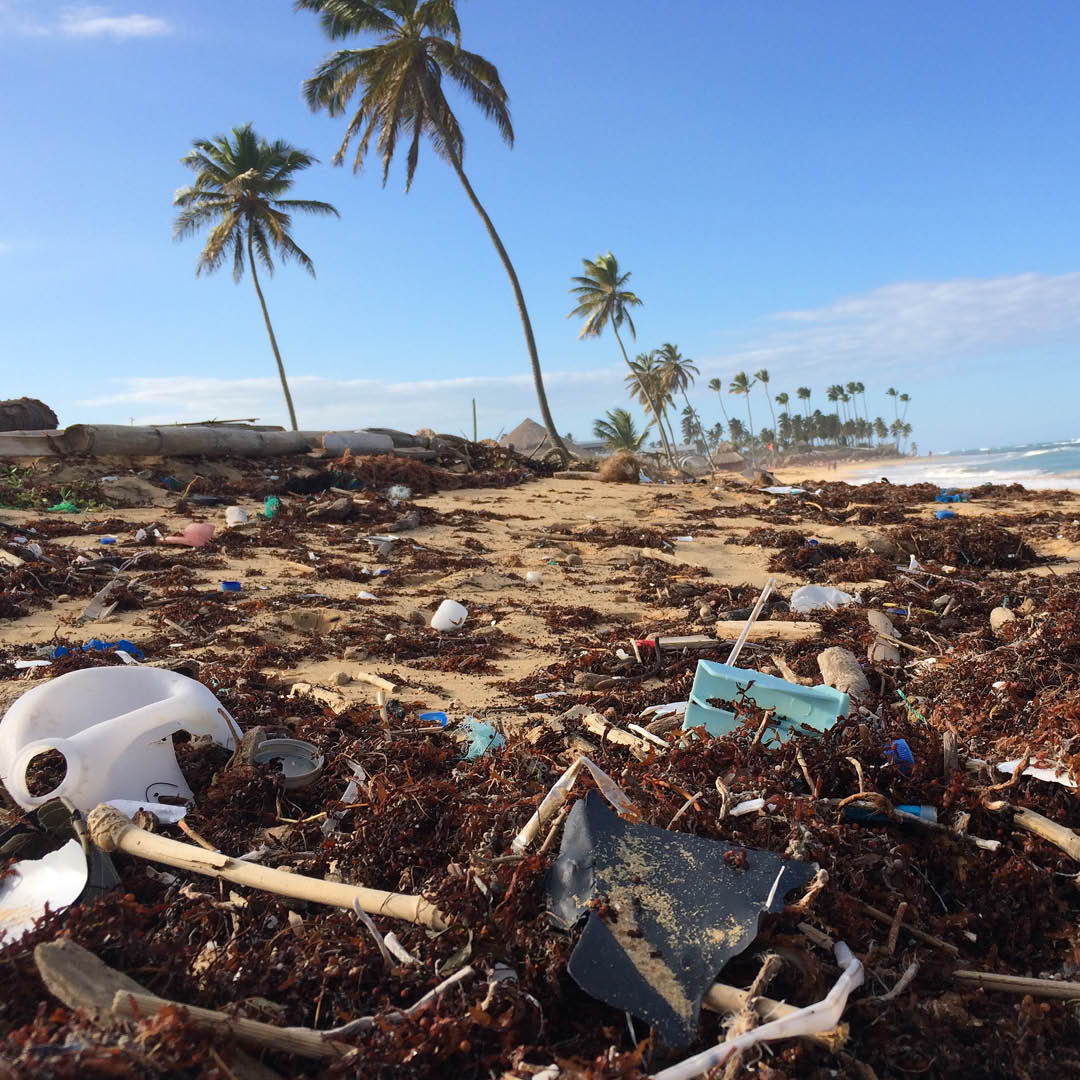 What’s so bad about plastic, anyway?

There are very few, if any, places on the planet that haven’t been infiltrated by plastic debris. Even the Mariana Trench, the deepest point of the earth far beneath the ocean, is home to wayward pieces of plastic. And did we mention there’s also plastic debris on Mount Everest?

A major chunk of the globe’s plastic waste ends up in oceans, which creates danger for marine life. We’ve all seen heart-wrenching photos of sea creatures with plastic rings stuck around their necks or birds who have swallowed bottle caps, but even more damage is being done to these critters beneath the surface. Plastic debris is now in the stomachs of more than 90% of seabirds on the planet, and more than 50% of sea turtles. Ouch.

Plastic can also have an adverse impact on human health. Toxins leaching out of plastics have been linked to a whole range of health issues like cancer, endocrine disruption, and many other concerns. Plastic-related toxins are also draining out into our groundwater as they seep out beneath landfills. 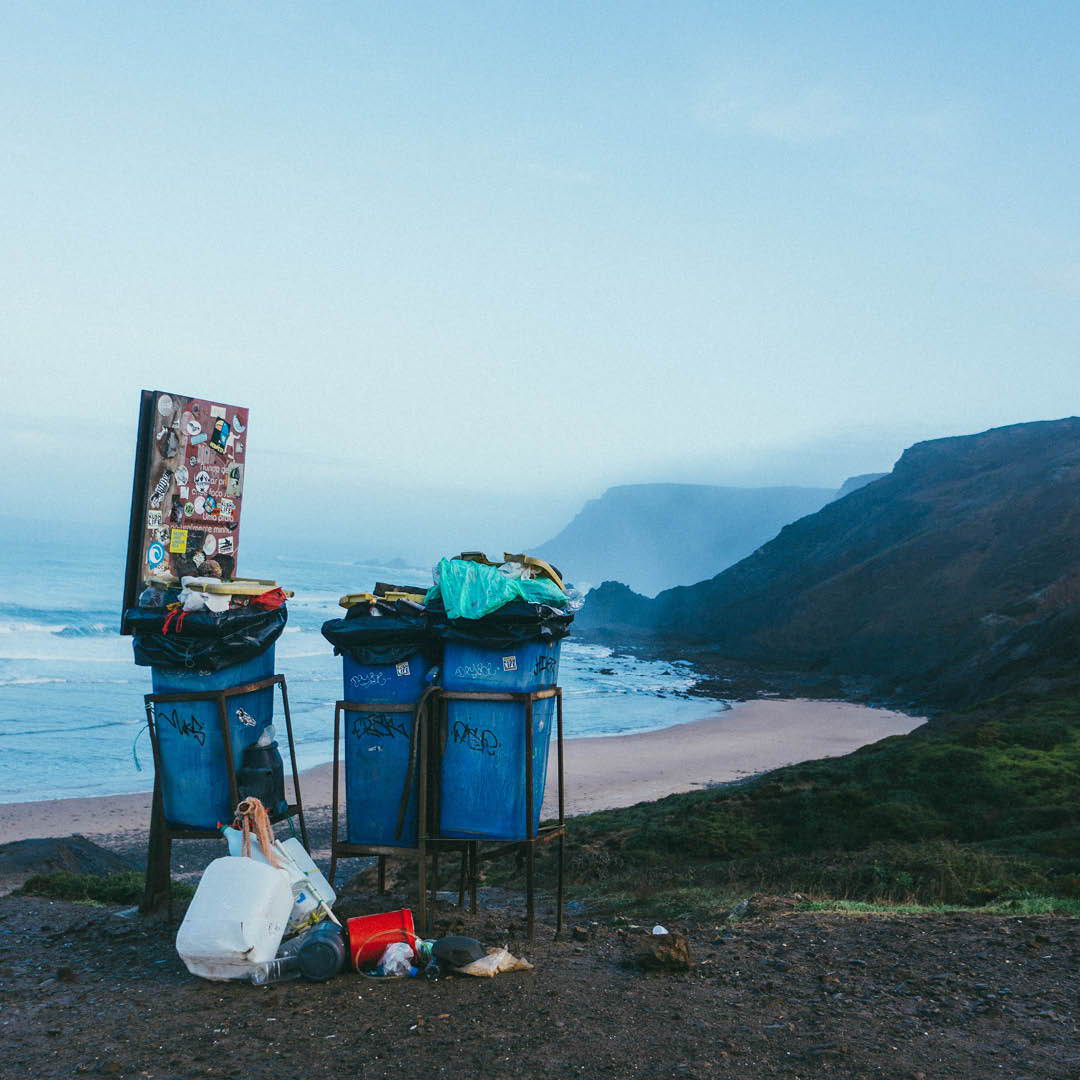 The recycling system is dangerously flawed.

Here’s where things get even more sobering: all that recycling you’re doing might not be helping as much as you think.

According to the EPA, US recycling processors deal with about 67 million metric tons of material every year. The recycling system has little federal oversight, which means that recycling processes and rules can be inconsistent throughout the country. Guidelines frequently change, which leaves lots of room for well-meaning citizens to screw up the process. For example, most of us remember being told for years that the best way to recycling a plastic bottle is by removing the cap and crushing the bottle. These days, that’s no longer true - we’re supposed to leave the cap on - and following the rules of the past can lead to those caps ending up in the stomach of an unwitting animal.

To make matters more complicated, countries that once bought US recyclables (yep, that’s a thing) are rolling out new restrictions and standards that lead to more rejected recycling - and those rejections often end up in landfills.

It’s worth remembering that plastic never goes away. It can be repurposed, but the closest it can get to being eliminated is being broken down into even smaller pieces of plastic, which can still be consumed by small animals. As much as we intend to do good by recycling, it can only create so many solutions to a problem that literally can’t be disposed of. 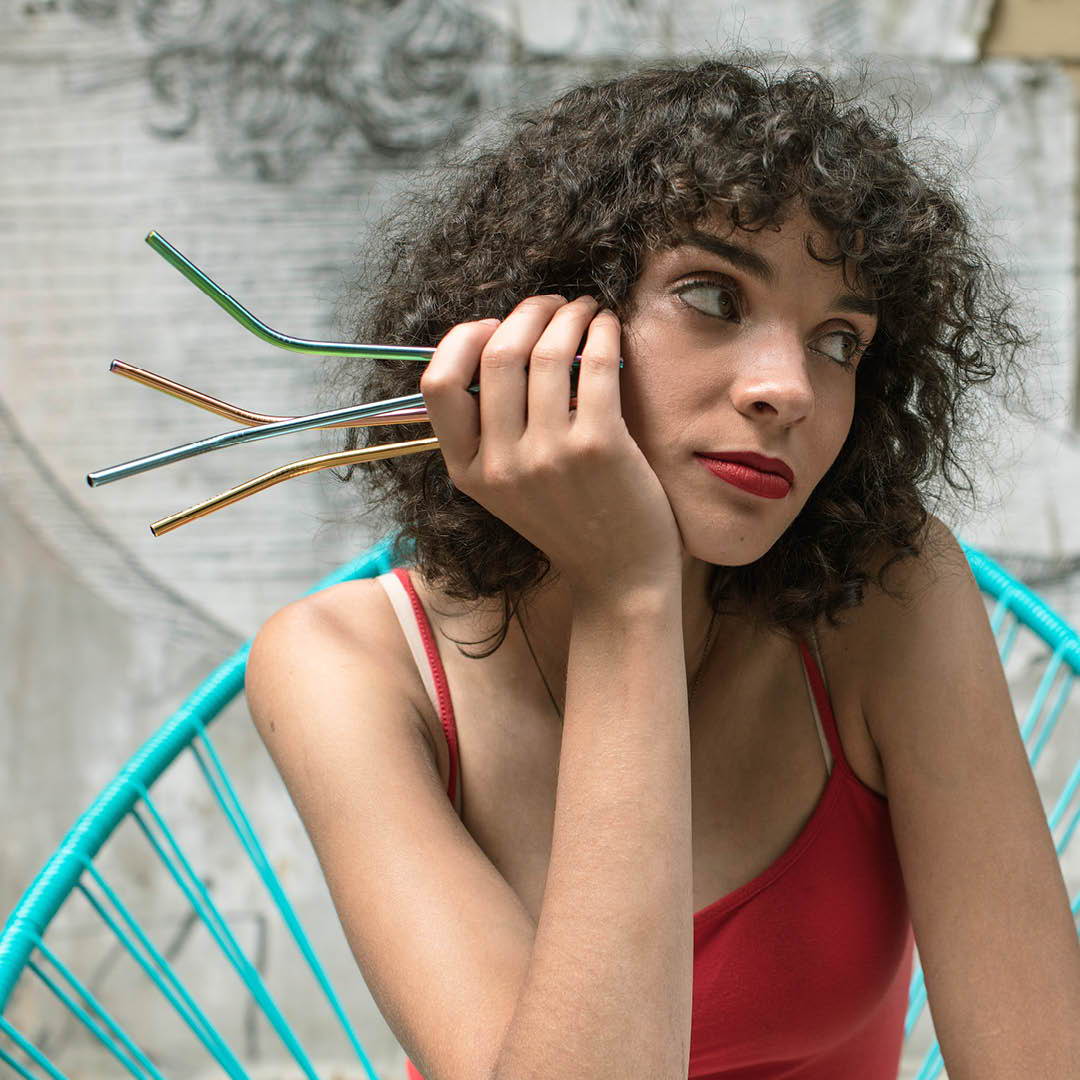 There are plenty of simple shifts you can make to reduce the amount of plastic consumption in your life. The key is to start small and build momentum as you go. Here are a few tricks to try:

Eliminating plastic might feel overwhelming, but the last thing you want to do is feel helpless. Every small step that each of us takes can make a difference, so give yourself some credit for doing your best. Remember: there’s nothing more high vibe than saving the planet! 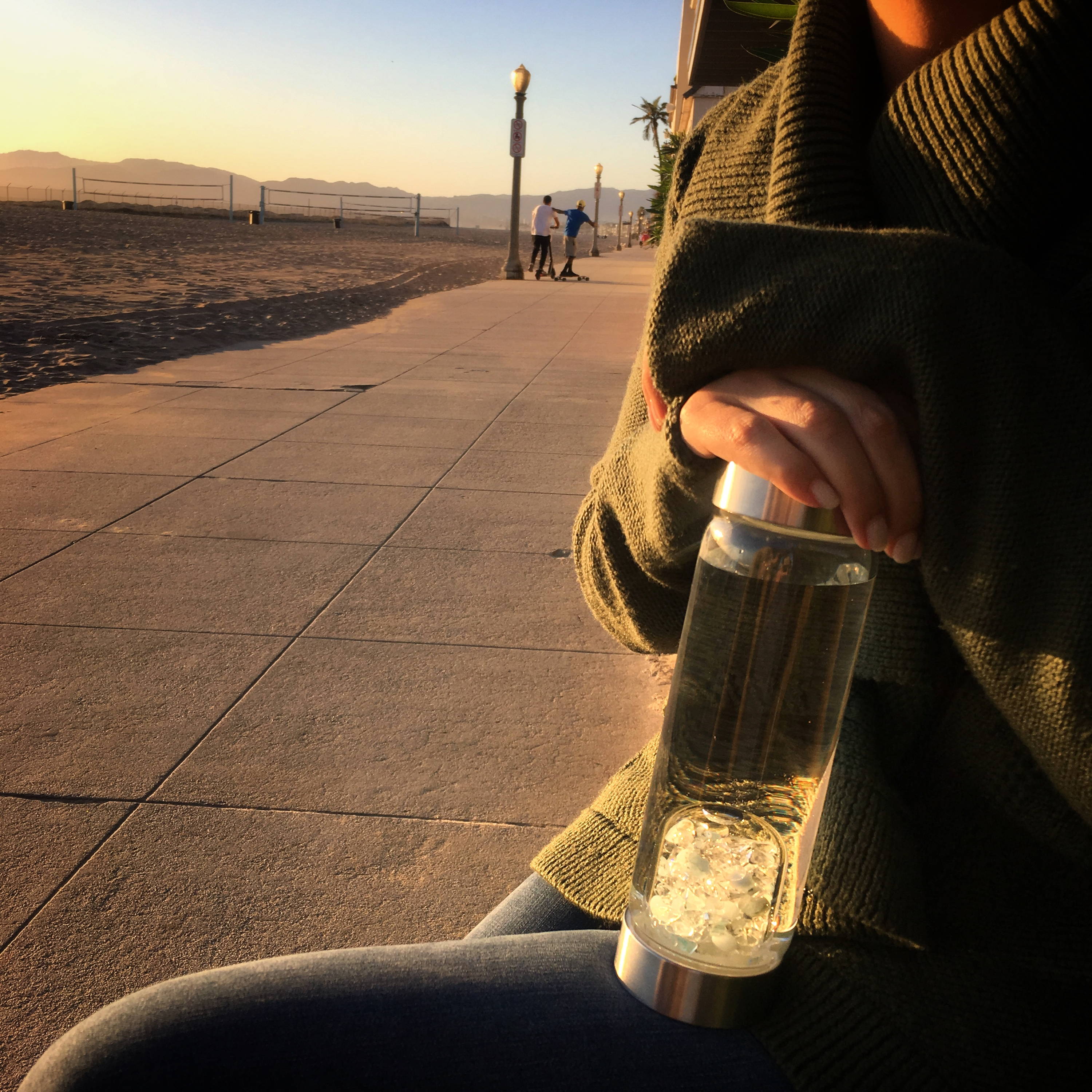 Make the switch to glass.

One of the easiest ways to reduce your plastic consumption is to switch from plastic water bottles and cups to glass. Try one of our favorite Gem-Water crystal water bottle and decanter blends to get started on your journey to cutting out plastic - and honor your intentions at the same time.

Prioritize joy with Happiness, a blend of carnelian, orange calcite, nephrite jade, and clear quartz believed to bring more optimism and openness into your life. 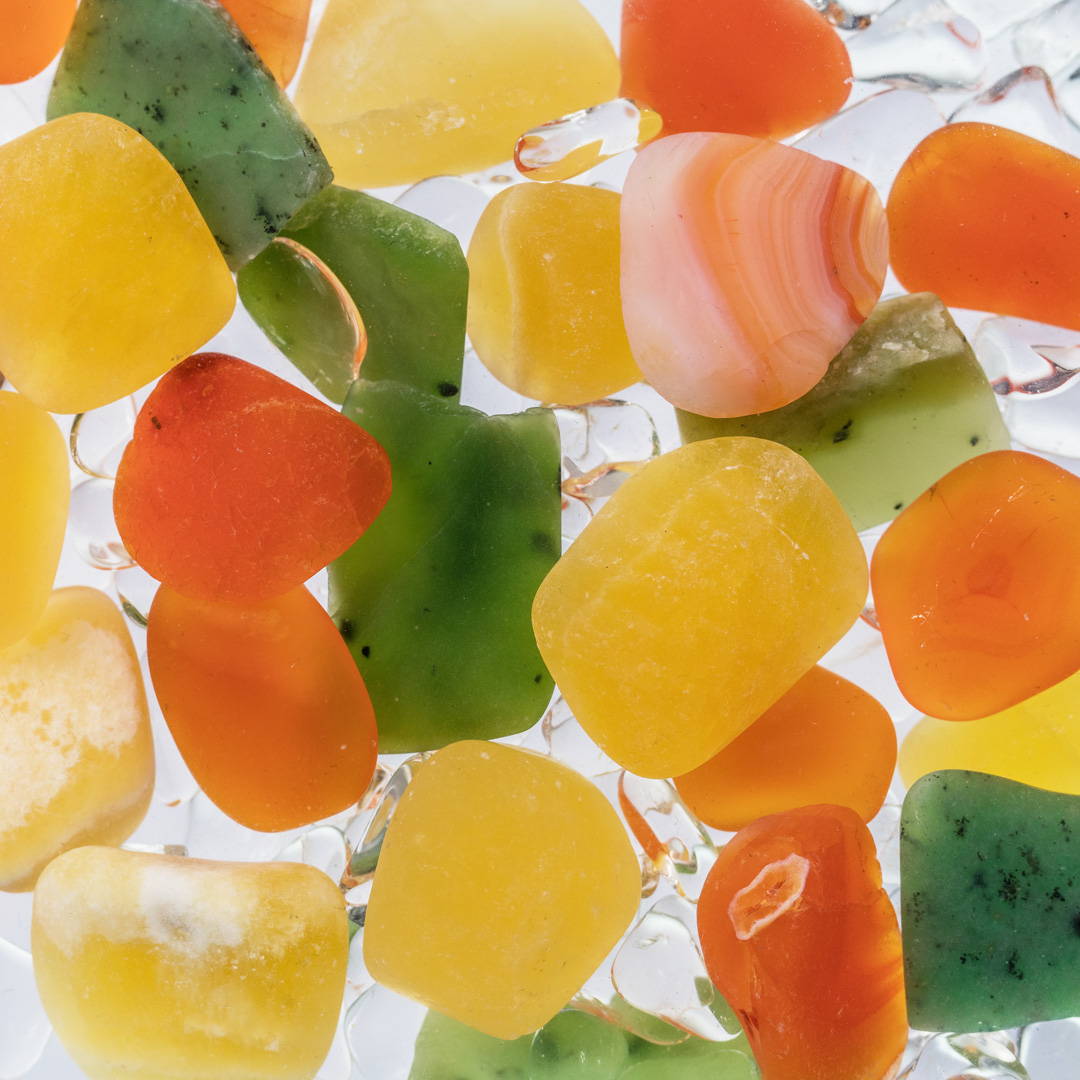 Reach for your dreams with Boss Babe, our blend of 24k gold leaf, citrine, and clear quartz that is said to help manifest abundance and bring your desires to light. 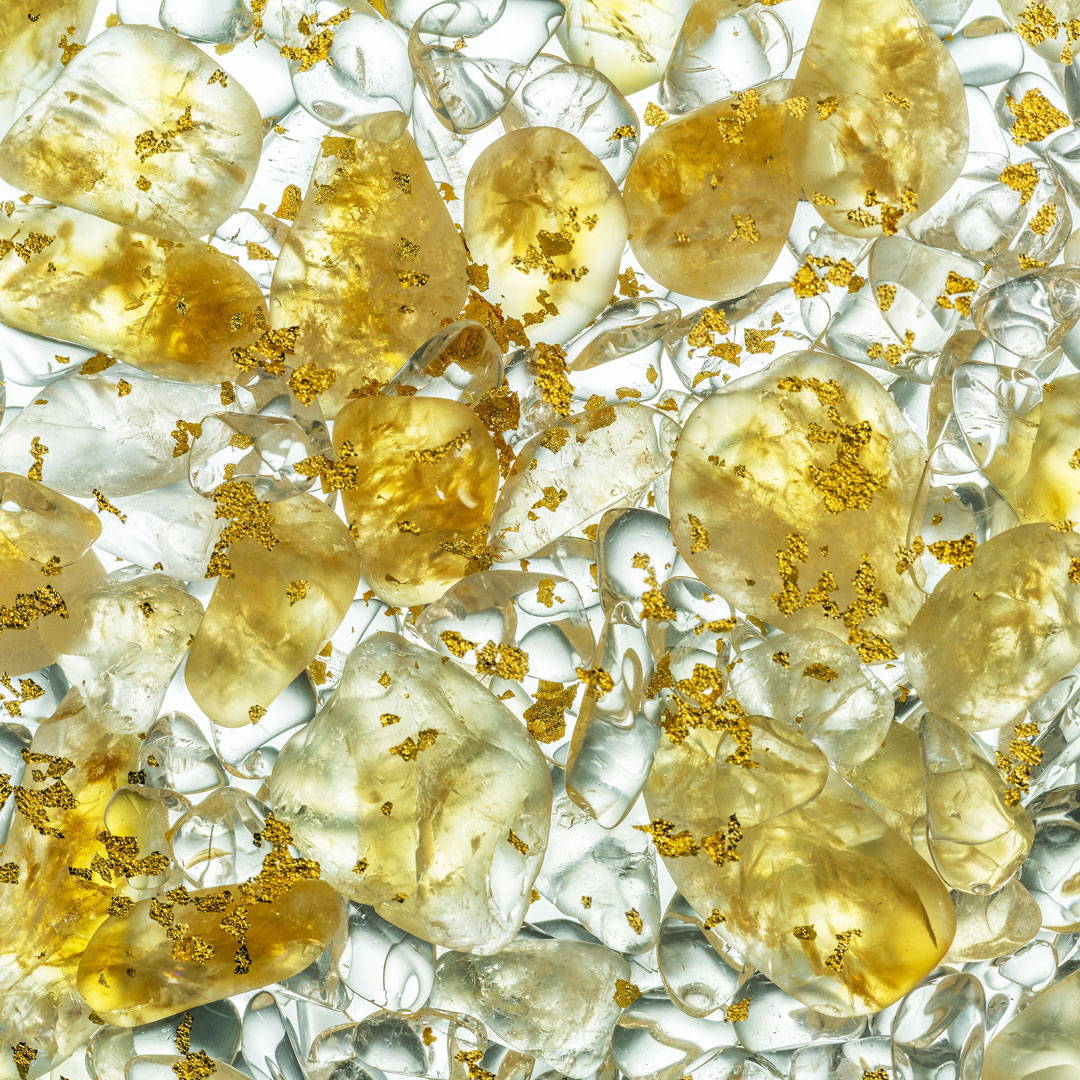 Energize your body with Fitness, a combination of red jasper, magnesite, and clear quartz believed to help detoxify and amp up your endurance. 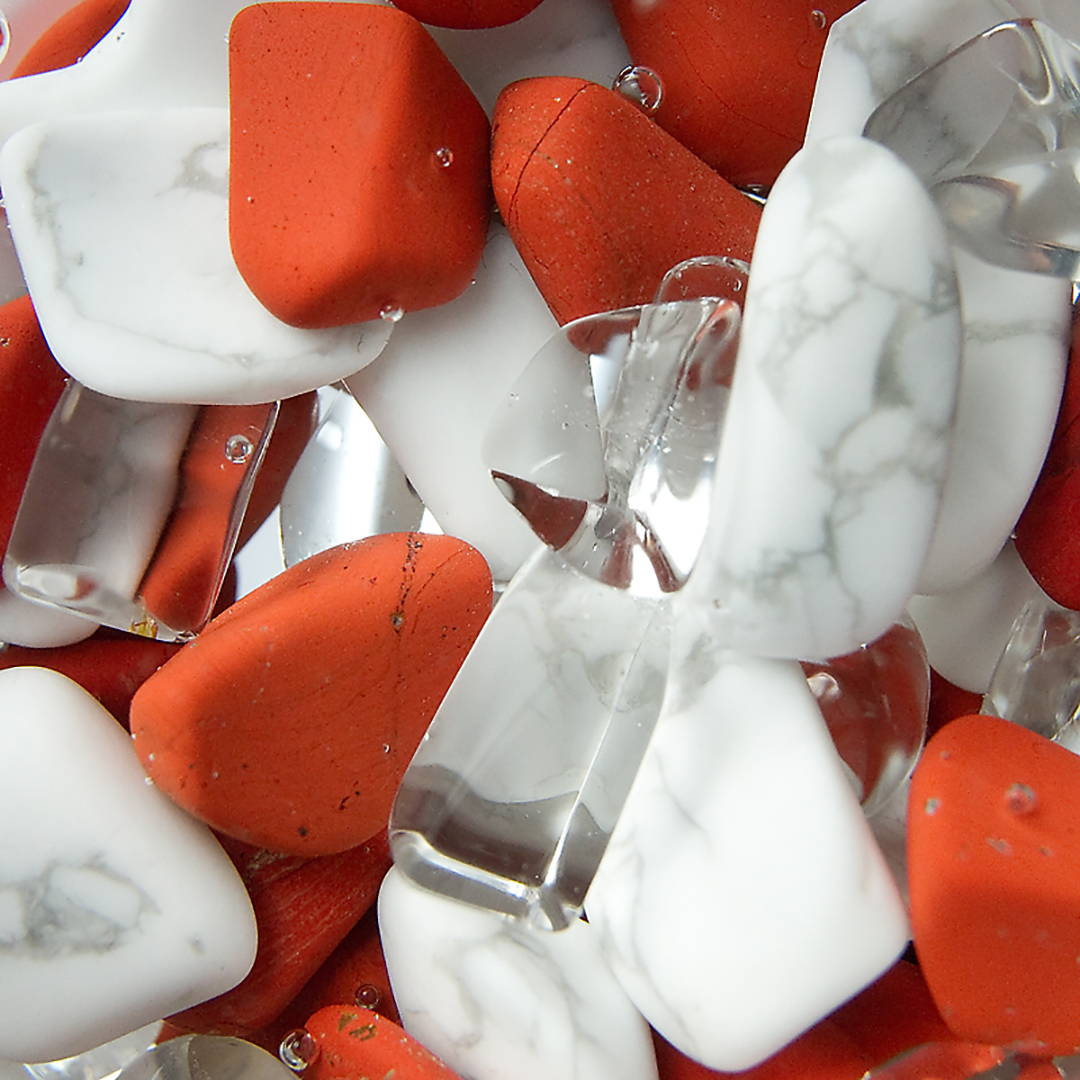 Also in Crystals for Humanity Blog

Liver Disease on the Rise in Young Women...More Water, Stat!

Liver Health Well-being
According to NPR, the past few years have given rise to an “off the charts” increase in liver disease among young women. A doctor at the University of Michigan told the publication that alcoholic liver disease is up 30% over the last year within the university’s health system.

“Bad Vibes” Are No Joke

Bad Vibes Well-being
They Can Majorly Harm Mental Health. It was the interview heard around the world. When Meghan Markle and Prince Harry sat down with Oprah in March, viewers were expecting some shocking reveals, but no one was prepared for just how real the conversation got.

Humanity Juneteenth
We want to acknowledge Juneteenth this weekend in a big way. Dominic and I have a very personal story we want to share from our hearts.

Sign up to get the latest on sales, new releases and more …

Sign up to get the latest on sales, new releases and more …